You are here: Home / Archives for android

It is great to draw inspiration from other Open Source communities. Brad Fitzpatrick recently wrote about Android Strict Mode. His twitter tag line for this post was “I see you were doing 120 ms in a 16 ms zone” which is all I needed to hear from somebody who also worries unreasonably about responsiveness (Web site quote).

How would I apply this to a MySQL context? This is what happens in Android. “Strict Mode lets you set a policy on a thread declaring what you’re not allowed to do on that thread, and what the penalty is if you violate the policy. Implementation-wise, this policy is simply a thread-local integer bitmask. By default everything is allowed and it won’t get in your way unless you want it to”

In a MySQL thread I would like to know certain things every time they occurs. Some events I’d consider relevant are:

Also with this mode is not just the instrumentation of the thread, but the penalty if violated. Do you log, kill, change priority, report an annoying message (difficult in SQL world).
I feel it would be unwise to consider this on a per thread request due to the complexity of SQL, so the next consideration is how to you categorize or identify given SQL query paths to a given polling policy.

While I have already raised more questions then answers for a possible solution the principle is important in what can we do to make our job easier and more simpler. These appproaches are the next generation of requirements in performance tuning, where you are becoming proactive rather then reactive in identification, analysis and correction.

In the last few days there has been some press of the Augen gentouch 7″ Tablet. A new cheap tablet that is running Android 2.1. 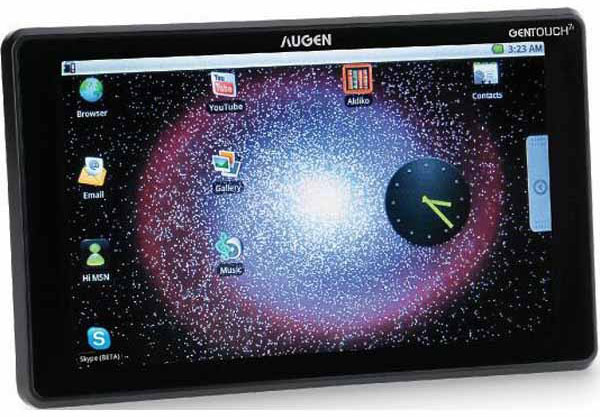 There were a few primary motivations for getting one, the first being price, at $150 I consider cheap for a small tablet, and second it runs Android, something I’m wanting to play more with. I have an original Google G1, and I also purchased one recently for my fiance.

So what are my first impressions.

I’ve yet to really test it out, these are just my first impressions. For the price I consider it a worthwhile investment for the purposes I want it for. That is some browsing, (ideal for bedroom), I can see it a wicked 7″ GPS unit with turn by turn controls for driving, but without GPS it will be a bit manual. Reading email, or an ebook, and even use as a large digital frame, especially for my photos.

This is a gen 1 product, so you have to accept the shortcomings. You are either an alpha adopter that is willing to accept limitations and accept the benefits it does have or your not. 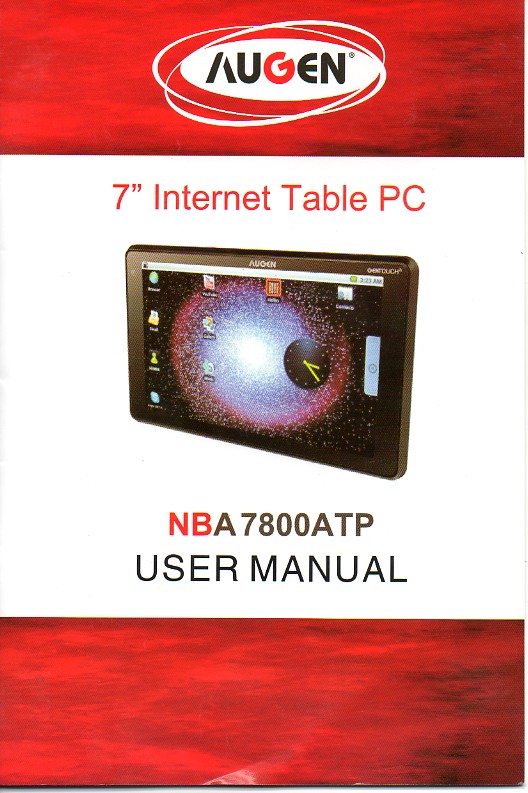 To update your Google G1 phone (mine is an Android developer unlocked phone) to Android 1.6 (Donut), I did the following.

The instructions say to reboot, but in my case it rebooted automatically after the fastboot update.

The problem after reboot was I was unable to sign in to google servers the first time. At G1 Dev Phone won’t connect to Google servers with valid SIM card I added the necessary AT&T/Cingular APN via details at http://modmyi.com/wiki/index.php/Carrier_APN_Settings.

I could then go Settings | Data synchronization and continue the Google registration process.